Public Relations: Why is timing important?

Public relations is all about the here and now.

As a business, it’s important that as news comes in, you’re the first to know. This doesn’t just go for local news and industry specific news, but global news, too. Being timely is about more than keeping an eye on Twitter’s trending homepage – it’s about being reactive to news that matters to you and your consumers.

Our Managing Director, Leisa Goddard, says with the growing power of algorithms, it’s more important than ever to be not only timely but reactive when it comes to news.

An example of a brand who has done this really well is Guinness. Our PR experts have outlined how Guinness has used timeliness to their advantage in their digital marketing and why it worked so well for them.

Guinness is an Irish born dark stout that you can find in all corners of the world. Despite being a global brand, Guinness often stays true to their home audience on a global scale.

On 19 October, Ireland played New Zealand in the Rugby World Cup. New Zealand won with flying colours. Naturally the Irish were devastated, and many fans took to Twitter to express their disappointment.

Within hours of the Irish losing to the All Blacks, Guinness had released a digital marketing campaign. They posted a graphic to Twitter that says, “Have a pint of Carlsberg. We’re officially done with the colour black today”, with the caption “Enough said”. To date, this post has been retweeted more than 5,000 times and received more than 20,000 likes. Safe to say, it went viral. 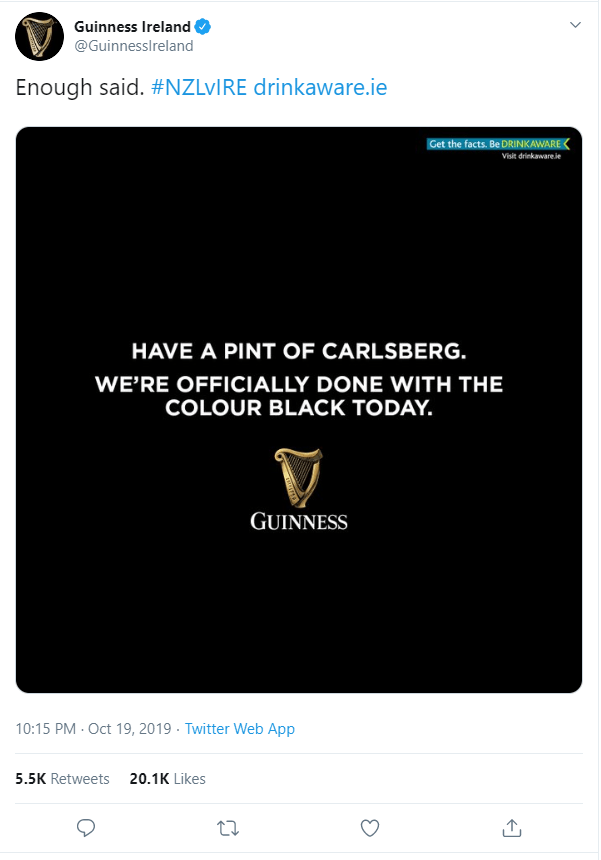 Why it was effective

The Guinness’ campaign was both timely and reactive. Throughout the entire World Cup, Guinness’ marketing has related to football. But this campaign in particular stood out from their others, trending on Twitter and gaining international attention.

The post played on the black colour of the Guinness beer and the New Zealand team’s uniform. It alludes to the brand not wanting customers to drink their beer because the colour of their brew is so closely affiliated with the All Blacks, their newest rival enemy from the World Cup.

The campaign is relatable, funny, sarcastic and full of satire. Normally, you would never find a global company promoting another brand’s beer, let alone a national loss being publicised. The viral post gives the brand a fun personality which its audience really engaged with. Doing something totally unexpected and not done before also adds to the posts’ success.

The timeliness of this post is a big reason why it was so effective. If Guinness had posted the same image a week later, it wouldn’t have gained anywhere near as much traction or had anywhere near as much impact. The immediacy is what people can relate to – their Irish audience was feeling frustrated and disappointed straight after Ireland lost to New Zealand. This post uses timeliness to be relatable to their audience, humanising the brand and getting personal with their customers.

We can learn a lot from Guinness’ campaign. It highlights how PR can be amplified by social media and how important it is to stay not only up to date with news, but the importance of being relatable to your audience and how that can build brand recognition on a global scale.

If you need help making timely content for your digital marketing, get in touch with our PR experts today. 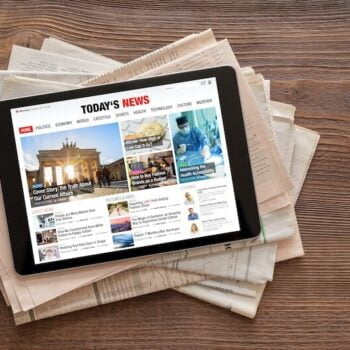 From our interns: Georgia's experience