The history of Public Relations

The history of Public Relations

Do you know the history of public relations? It has existed for centuries. From the ancient Egyptians to the medieval period – people have been using devices and channels to relay important information to each other and help keep subjects aware of what’s occurring. These methods of communication has helped shape what we know as public relations today.

Before 18th Century: The beginnings of PR

There are many examples where public relations has been used throughout the ancient world, for example: around 469 BC, the Greek philosophers (like Socrates, Plato, and Aristotle) realised the value of public opinion. These philosophers and many others taught noblemen that art of persuasion through rhetoric (i.e. public speaking or spoken publication).

In 394 AD, Saint Augustine acted as what we know today as a public relations director for the imperial court. He would deliver eulogies to the emperor and the public regularly to benefit the church. If we were to think about what Saint Augustine conducted now, we’d consider it a press conference.

While the true founder is debated, public relations first served as a way to manage and manipulate public opinion through sociology and mass psychology, however, in its early beginnings public relations was criticised for sometimes being a major form of propaganda.

18th Century: The age of print

Propaganda was very prevalent after the invention of the printing press. It allowed prominent figures to spread information to the masses and influence them to view a certain way. This was a great tool when many countries grew into a democracy and citizens had the right to vote in government elections.

During this period, there were many people using public relations to support various causes. For instance, Benjamin Franklin used the printing press to campaign against slavery, increase national security, and improve education.

Throughout the American Revolution Thomas Paine wrote “The Crisis”, which was a pamphlet designed to persuade General Washington’s army to stay and fight after they were thinking about deserting.

Public relations kept itself relevant, especially in politics. Duchess Georgiana of Devonshire campaigned heavily for the Whig candidate, Charles James Fox. She used her own public profile to enhance Fox’s, which resulted in success.

Although it sounds relatively new, modern public relations was first introduced in the 18th century, but today’s meaning of the phrase appeared during the 20th century.

Throughout the last few centuries, public relations has served as a go-to for people to build strong relationships and maintain a positive public image.

As technology grew, so did public relations. The introduction of mass media like television and radio, helped spread messages around the globe and paved the way for some of the most effective public relations campaigns ever created.

In the early 1900’s, amid the Women’s Liberation Movement, arguably one of the most famous publicity stunts took place as the cigarette company Lucky Strike hired Edward Bernays to increase their sales.

Bernays, now labelled a pioneer in the field of public relations, identified that a large portion of the market of people who could smoke (i.e. women) wasn’t due to the fact that it was still considered to be unseemly for women to be seen smoking in public and women who did were thought to only be ‘fallen women’ or prostitutes.

To change this negative public perception Bernays created a women’s liberation movement, making it a feminist issue that women couldn’t smoke. To do this he paid women to smoke in the middle of the Easter Sunday Parade in New York.

Photos and footage of this event were shown around the world through mass media channels and the act was considered a protest for women’s rights called “Torches of Freedom.” Women everywhere embraced smoking and sales skyrocketed.

21st Century: The age of digital and social media

In the early 2000s, public relations became prominent as the internet created a platform where information was readily available to the public.

To remain relevant, public relations needed to keep up with the changing media landscape and adapt to new ways of communication. In 2008, the U.S. Presidential Election saw social media used effectively to connect politicians with their voters.

Exit polls revealed that this tactic proved to be a success, as Obama won almost 70 per cent of the under 25’s vote. This result is the highest percentage seen since the creation of U.S. exit polling in 1976.

Obama’s public relations strategy demonstrated the influence social media was beginning to have.

Throughout the last few years especially, social media has dominated the world of communications, becoming a popular and effective tool used by public relations professionals to connect with the public.

With the constant creation of new and innovative technologies, public relations will continue to grow and shift.

Why is a public relations strategy important? 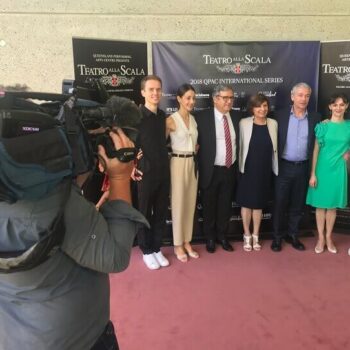