Why thousands of PR emails get ignored by journalists

If you want a journalist to respond to your PR emails then you must read this advice piece from a former News Manager and senior television news producer who has thrown out thousands of Media Releases during her career. Adoni Media’s Senior Account Manager Jane Henschke opens up about the decades of frustration working in newsrooms and receiving email pitches that left her hitting “DELETE”.

Competition to stand out and grab the media’s attention is fierce. A Chief of Staff – the person or team of people who are your first gateway to a newsroom – receive hundreds upon hundreds of emails a day. Likewise, journalists and producers get bombarded with PR emails. It is not uncommon for emails, especially if they are from someone they don’t know, to go unopened or sent to the trash.

How do you stand out?

PR is in many ways measured by how much media coverage you generate so having journalists open and act on your PR emails is crucial. To help you, Jane and other senior members of our public relations team at Adoni Media have put together a checklist for you.

“If I saw ‘hope you’re having a nice day’ and I didn’t know this person, it was almost guaranteed I wouldn’t read on.”

“If you are going to ask the media to cover your story, have someone who can help tell it!”

Provide as much information and resources as possible to make the journalist’s job easier. Jane recommends:

For more tips to help you better understand the media and improve your chances of making the news follow our LinkedIn where we share our advice pieces or, go to our blog page.

What is the monetary value of PR?

The power of audio: how you can reach your audience through radio online 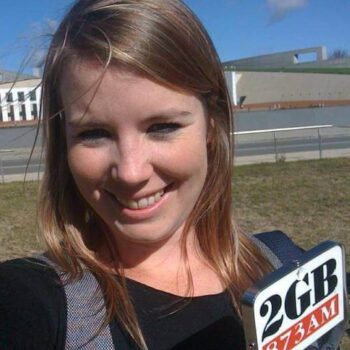