It’s common for reporters to ask questions you’d rather not answer, but saying “no comment” is not an option. The phrase “no comment” is loaded with meaning; it can make you appear guilty and suggests you are hiding something.

Any news interview is an opportunity to put forward something that can help you and your business.

Particularly during a PR crisis, your spokespeople are likely to face questions they’d prefer not to answer – but it’s important they do. Every question is an opportunity to deliver a key message which can help to protect your overall reputation.

When journalists ask for a comment (especially during a crisis), it’s an opportunity for your company to control the narrative and reinforce what your business is doing and its values. Saying “no comment” is a misstep in media relations as it wastes an opportunity to promote and protect your brand and reputation. At worst, it implies guilt and wrongdoing.

An expert weighs in: Leisa Goddard

At Adoni Media, our Media Training team has decades of experience asking tough questions.  Managing Director Leisa Goddard has more than 30 years of real-world media experience, including as a reporter for some of the most feared media outlets like A Current Affair and Today Tonight.

Leisa cautions that saying “no comment” can have negative consequences for your business.

“Saying ‘no comment’ creates a bad perception in the media, and this perception is often equated with reality by the public,” Leisa said.

“My strong advice is: don’t say it. It’s often seen as an admission of guilt, a sign of dishonesty, and portrays a complete lack of empathy,” Leisa said.

Instead, Leisa encourages spokespeople to be prepared and equipped with key messages. Prior to engaging with the media, it’s important to pre-empt the types of questions a journalist is likely to ask and practise how you will respond. You must know your key messages and know how to steer interview questions away from what you don’t want to say, to what you are comfortable saying.

Adoni Media’s team has newsroom experience, so we know journalists are not afraid of asking difficult questions. It’s vital you know how to respond to tough questions in a way that provides a quote for reporters or contributes to the story and paints you in a positive light.

Instead, of saying “no comment” you should use bridging techniques to keep the media interviews centred around your key messages. This technique allows you to seamlessly transition from tough questions back to the territory you want to cover.

The best way to prepare for the media and to know what to say, when to say it, and who to say it to, is to undergo Media Training. Our trainers have been preparing industry leaders to become clear, concise, and confident spokespeople for more than a decade. Our Media Training equips clients with the interview and presentation skills needed to respond to and manage the media at a moment’s notice, and importantly, without saying “no comment”.

To learn from Adoni’s experience and to discover your Media Training options, contact us.

The Importance of having a good Spokesperson 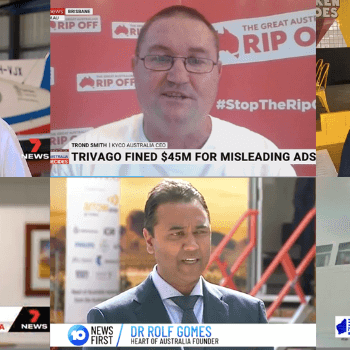 How PR & Digital Marketing work together to raise brand awareness 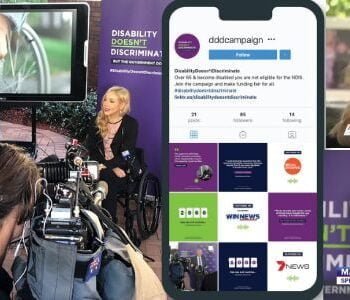