Foreign correspondent, war correspondent, nightly news reporter, investigative journalist and company director – Leisa Goddard knows the media and is making sure you do too.

From years as Network Ten’s United States Bureau Chief based in Los Angeles to New York, Europe, Indonesia and the Afghanistan war to politics, disasters and daily news at home across Australia – Leisa Goddard has recorded history as it happens.

Leisa knows what makes news, what makes a media campaign work, and what the media needs in a spokesperson.

Leisa is the journalist television networks would send to ask the hard questions – the very same questions many corporate executives and community leaders need to know how to handle.

As a journalist she’s covered Hurricane Katrina and the US Government’s handling of the disaster, the Virginia Tech Massacre in America, terror bombings across the globe, company collapses and political scandals. 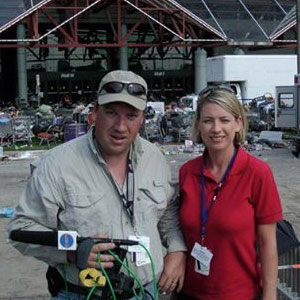 She’s Logie nominated for reporting while under Taliban rocket attack in the Afghanistan War and the United Nations has recognised her work on humanitarian issues.

From war zones to the red carpet at the Oscars, Leisa has had to stay on message and present calmly, confidently, and concisely – the same expectations that are on the CEOs, CFOs, COO’s, and other industry and community leaders that she now trains.

The most common questions Leisa gets asked is what do journalists really want and how can I protect myself?

Beginning her career as a teenager, Leisa worked in newspapers in regional Queensland and understands how parochial media markets can be and why this is so important when it comes to media strategies.

From cadet journalist to sub-editor, Leisa at a very early age was a gatekeeper for information – deciding what stories would make it and what media releases would end up in the bin.

As a foreign correspondent she continued managing the news cycle, but on a larger scale and she still remains a “gatekeeper” with her work at Nine. 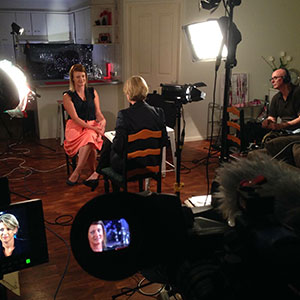 “What makes news hasn’t changed. Yet , how it’s presented to journalists and newsrooms has.” – Leisa Goddard.

“Our clients give radio and television stations voices, film, and images they can use. Not just pages or screens of written words.”- Leisa Goddard.

Leisa sees PR through the eyes of a journalist. She has, and still is, in the media industry and knows what works.

Now, she wants her clients to understand what works and more importantly how to be prepared if the media comes calling. To do that Leisa has created a PR and digitally savvy team whose main objective is to take control of your message.