How much tv media lingo do you know? A TV journo will arrive to work and head straight to see the COS. He or she sends them out in an SNG to a presser. The journo will need to get some grabs and a few voxies for their story, and should probably do a piece while on location too.

Confused? Let me give you the low-down on the lingo.

Is the person who hands out the daily assignments at a television newsroom. They start early, drink a lot of coffee, and often sit at what we call the newsdesk. They’re across all the jobs for the day, the breaking news and also need to prioritise where to send crews to next.

Is satellite news gathering, or the use of mobile communications equipment for the purposes of news gathering. The crew car with all the link equipment (and the satellite on the roof) will often be referred to as the SNG.

Is a press conference – no more explanation needed – you’ve seen them on TV.

Are those select pieces of an on-camera interview that we will use in our story. They’re usually only about 10 to 15 seconds.

The talent or talking head

Is the interviewee or spokesperson in a story.

Is short for vox pops. (Again, what the hell?) It’s a latin term meaning voice of the people. You’ve seen camera crews in a public place walking up to random people and asking their opinion about something – those are voxies.

The journalist, cameraperson and sound recordist shall henceforth be known as journo, camo, and soundo. Yep – highly technical-sounding nicknames tried and tested over the decades. At least you won’t forget them!

Is an easy one – that’s the journalists voice over.

The vision, or pictures being used to cover the script of a story.

Before the start of an interview the camo or journo may hold up a white piece of paper in front of your face. Don’t be alarmed – they’re doing a white balance with the camera – an electronic adjustment that marries colour with the lighting.

At the start of an interview a journalist may also ask you to count to 10, or say what you had for breakfast. This is not a test of your intelligence. They are simply trying to get a sound level for the sound recordist.

Are done at the end of the interview, when the questions have finished but the journo and talent are still talking. Usually the shots will focus on the talent’s face, with the back of the journo’s head. These shots are used for editing purposes.

Are also done at the end of the interview. They’re shots of the journalist’s face, listening (or nodding) to the camera. Again, these are used for editing purposes, as are Reverses – when the journalist asks a question to the talent that they’ve already asked in the interview, but this time the camera is recording their face. In the final product, this gives the appearance that there were two cameras at the shoot when there was only one, and gives the editor another angle to choose from.

A piece to camera or piece for short, is when the reporter is seen presenting part of a news story on screen. It’s usually just a sentence or two and appears in the second half of a story.

You could occasionally be asked to do a SIMSAT. It’s short for simulated satellite -but isn’t as scary as it sounds. It’s simply an on-camera interview where the journalist is absent. The camo will set up for the interview as normal, but the journalist will ask questions over the phone. It helps to be have someone stand-in as the journalist, purely to give you an eyeline so the interview looks and feels more natural.

Is short for natural sound on tape. It basically means a pause in the script or story to hear the natural sound the microphone has picked up – such as race cars on a track, or chanting at a rally.

A buzz track or atmos

Is something a sound recordist might ask for out on a shoot. They are simply recording a minute or so of natural atmosphere sound to use for editing purposes. All it requires is for everyone to be quiet while this is being recorded.

Just as soundos have their own words, there are also various terms camos will use in relation to their shots. They can get wide shots, medium shots, and close-ups, pans, tilts, a pull-focus, push-focus – the list goes on. They speak their own language and will explain what they want, so don’t be too concerned about learning these!

Now the next time a crew comes calling for an interview, throw in some tv-type jargon and you’ll sound like a pro. Or at the very least you’ll understand what they’re on about.

What makes a good story 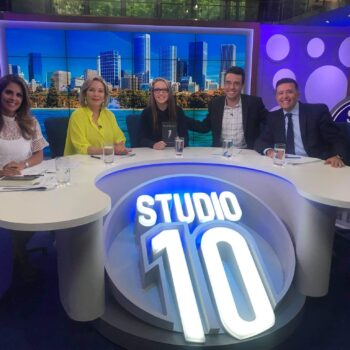 How to pitch to a newsroom 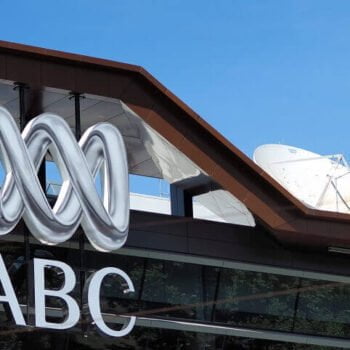