Successful Crisis Communications strategy usually utilises many different tools and methods, encompassing media releases, social media announcements, and often speeches. A spokesperson is tasked with representing their company to address and inform the public and the media about what has occurred and what is being done to fix the problem.

Before we get into some of the most effective crisis communication examples, let’s delve a little bit into the theory.

The commonly agreed upon Crisis communication theory (which Adoni Media adheres to), suggests there are three different types of crises:

From this theory, it’s quite easy to see what effect a crisis can have on an organisation’s reputation.

Now, let’s take a look back to see some stand out examples of effective Crisis Communications in action.

Former U.S. President Barack Obama attempted to introduce the Affordable Healthcare Act (otherwise known as AHA or Obamacare) in 2010. However, once the website officially launched, there were numerous problems. Most people weren’t able to use the site and therefore lost trust in the initiative.

To fix the problem, President Obama did a faux interview with comedy actor Zac Galifanakis. During the interview, Obama light-heartedly and honestly admitted that there were problems with the website and assured people that the AHA would indeed work.

This interview managed to reach an entirely new demographic, which led to the AHA receiving a 40 per cent increase in website traffic, thanks to this unique approach to addressing the crisis.

Well-known humanitarian organisation American Red Cross fell victim to a rogue Tweet on Twitter. In 2011, an employee accidentally posted a Tweet on the organisation’s Twitter page instead of her own. It read “Ryan found two more 4 bottle packs of Dogfish Head’s Midas Touch beer….When we drink we do it right #gettngslizzerd”.

Once the mistake was discovered, rather than simply deleting the tweet, American Red Cross wrote a humorous response that read: “We’ve deleted the rogue Tweet, but rest assured the Red Cross is sober and we’ve confiscated the keys”.

This showed the public that the American Red Cross knows they made a mistake and were able to laugh it off. Dogfish Head also responded to the Tweet, encouraging their customers to use the hashtag #gettngslizzerd and to donate to the Red Cross.

A great crisis communication speech example was in 2011 when Queensland was suffering one of the worst floods in its history. More than 200,000 people were affected with many having to evacuate their homes.

Former Queensland Premier Anna Bligh gave a raw and heart-warming speech that rallied the devastated flood victims. She emotionally said “We are Queenslanders; we’re the people that they breed tough north of the border. We’re the ones that they knock down and we get up again.”

The speech earned Anna Bligh high admiration with many supporters rushing to their social media pages to praise her honesty and compassion during those tough times. Many people stated that Anna Bligh “was demonstrating the difference between leadership and being a political party lead”.

You might be thinking, what is crisis communication in business? Well, Apple faced a crisis when pop star Taylor Swift announced her boycott of Apple Music, claiming the company’s decision to launch a streaming service was “shocking, disappointing, and completely unlike this historically progressive and generous company”.

In response, Apple posted two Tweets. Apple’s Internet Software and Services Senior Vice President Eddy Cue said in the first Tweet: “#AppleMusic will pay artists for streaming, even during customers’ free trial period”. He then posted a follow-up Tweet that said “We hear you @taylorswift13 and indie artists. Love, Apple”.

Not only did the company apologise, because of their willingness to support artists, Taylor Swift ended up promoting the service in a number of advertisements. This could’ve been a major threat to the company’s image, but by effectively handling the situation well, they turned a problem into an advantage. 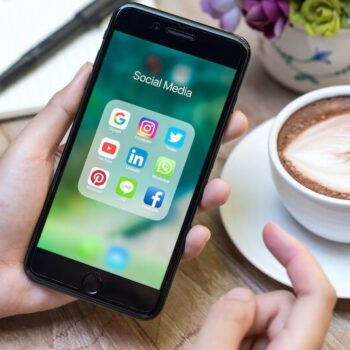 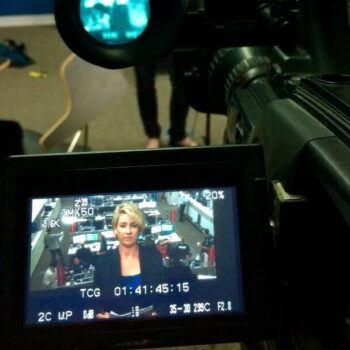