Brisbane is only the second Australian city to experience this celebrated production of North by Northwest following sell out seasons in Melbourne, Bath and Toronto.

Combining the magic of film and theatre, this incredible production of Hitchcock’s iconic comedy of suspense will be presented live on QPAC’s Lyric Theatre stage for two weeks only, closing 9 December.

Every twist, every thrill, every hairbreadth escape is retained for this stunning new stage production by director Simon Phillips.

“We’ve found right around the world that this show has tickled people and delighted people in the same way as it did in its original seasons in Melbourne,” Mr Phillips said.

To promote the production’s opening, Adoni Media produced a Video News Release (VNR) that was sent to newsrooms across the State.

The talented cast includes acclaimed Australian actors Matt Day in the leading role of man on the run, Roger O. Thornhill and Amber McMahon as femme fatale Eve Kendall, both reprising their leading roles from the Melbourne seasons of North by Northwest.

“I think for fans of the film, a lot of the fun is going to be in seeing how we realise all these scenes on stage; the crop-duster, the trains, planes, Mount Rushmore. It’s a lot of fun to see how that all comes together,” Matt Day said.

Johnny Pasvolsky, of Westworld and Picnic at Hanging Rock fame, has returned from LA to take up the role of ultimate villain Vandamm.

“To have that shared experience with an audience laughing or gasping is why I think its perfect for the stage,” he said.

By utilising Adoni’s Video News Release, QPAC was able to provide footage and interviews to newsrooms around the country that weren’t able to send cameramen, photographers or journalists to the media call. 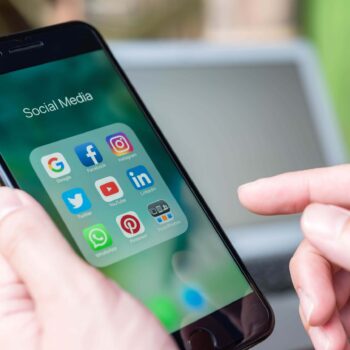 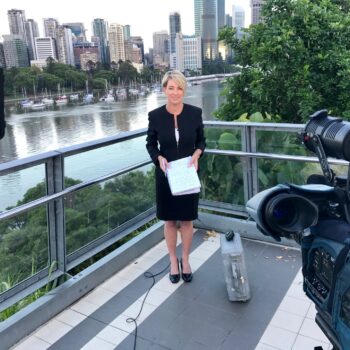