One month in: An update on Michelle Lee’s journey

Michelle Lee is 30 days in to her one-woman journey across the Atlantic Ocean and has so far dealt with fires, strong winds, pestering pipis and extreme body pain.

Here are some of the highlights and most gruelling challenges Michelle has had to overcome so far:

Day 2: A rocky start for Michelle after her autopilot failed. Following a quick inspection, she decided to install the spare – leaving her no choice but to lock off the rudder and spin in circles as there was little wind to propel her forward.

Day 3: Thankfully, the new pilot was working well, but Michelle wasn’t in the clear yet with three to four metre swell rolling in and forcing her to row further south.

Day 7: Michelle recorded the second fastest time of the solo rowers covering 44 newton meters to 1.5 knots per hour. Officially one week in, Michelle was happy with her pace and decided to row even harder.

Day 8 – 10: For three days straight, Michelle experienced two to three metre seas with constant north-easterly to easterly winds. This unfortunately set her back as she needed to constantly use autopilot at night, which also meant using more battery power.

Day 11: On Christmas Eve, Michelle struggled to hold a westerly course and made the decision to lock the rudder midships, rather than using power with autopilot. After checking in with her Designated Person Ashore (DPA), she was relieved to hear other rowers were in a similar situation.

Day 15: Michelle has now adapted to her environment and began rowing at night, despite feeling daunted in the pitch black with her oars getting caught in cross seas.

Day 16: Two tough lessons for Michelle on this day. While preparing her meal on a burner stove, a wave came over and knocked the stove, resulting in a fire. After struggling to put the fire out, she picked up the entire stove and threw it overboard.

Then, Michelle entered her cabin and left the hatch ajar for fresh air when a wave came over, leaving her bedding and sheets drenched.

Fortunately, Michelle was prepared with a spare stove and clean sheets.

Day 17: Now motivated more than ever, Michelle decided to discipline herself more by logging every minute rowing, critiquing herself and putting in total concentration.

Day 22: After a slow few days, Michelle was finally able to identify what was holding her back. With clear weather in sight, she went underneath her boat and found hundreds of pipis growing on the bottom of the hull.

Following a few cleans under the back cabin to remove all the pipis, Michelle immediately noticed the difference in her speed and was able to gain some distance on her competitors.

Day 23: Now 24 hours since all the pipis were removed, Michelle was ecstatic to see the difference in her performance numbers.

Day 30: Following a great week of rowing and despite poor weather conditions, Michelle’s performance is improving and she’s now coming in third place of the solo rowers.

Her expected arrival date is currently 28 February, you can keep up to date with Michelle’s journey by listening to our A While Away podcast.

How to build a strong corporate communication strategy 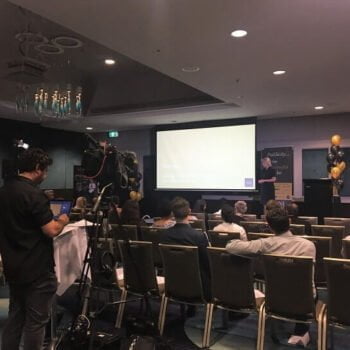 Now you see me, now you don't 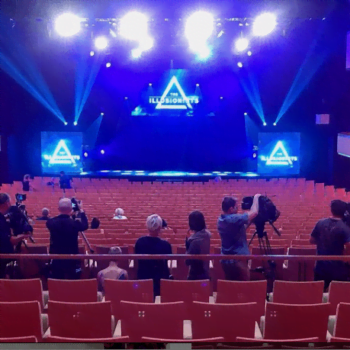