Throughout history, public relations (PR) has served as the key to success for businesses wanting to communicate with the public through the media.

What exactly does public relations mean? Rather than explain it, we thought we’d share some public relations quotes – which are a source of inspiration and humour and can even be the spark you need when thinking about your own campaign slogan.

Powerful leaders throughout history have known how important communication and publicity is to anyone wanting to build and maintain a profile, for themselves or their company.

The French author François De La Rochefoucauld once said: “To establish oneself in the world, one does all one can to seem established there already.”

Even Abraham Lincoln, the 16th President of the United States said: “What kills a skunk is the publicity it gives itself.”

This quote demonstrates in a funny way the need for public relations and the power it has in making and shaping an organisation or individual.

Historian Professor Daniel J. Boorstin once said: “Some are born great, some achieve greatness and some hire public relations officers.”

In today’s world, people think that public relations isn’t as important as it once was because traditional media is “dying out”. However, this isn’t the case and Steve Jobs even quoted about how important mainstream media is: “I don’t want to see us descend into a nation of bloggers. I think we need editorial oversight now more than ever. Anything we can do to help newspapers find new ways of expression that will help them get paid, I am all for.”

Founder of Microsoft, Bill Gates said: “If I was down to my last dollar, I would spend it on public relations.”

We think Irish author Oscar Wilde should be the one to win awards though – he perfectly summarised the essence of PR in this single quote: “There is only one thing in the world worse than being talked about, and that is not being talked about”.

What is a public relations campaign? 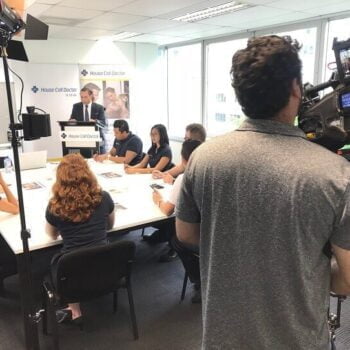