Make your press release stand out in a journalist’s inbox

Make your press release stand out in a journalist’s inbox

What’s the sense in paying a PR media consultant to painstakingly research and write a press release if journalists don’t open the email to read it?

In a newsroom, the gatekeepers or chief of staffs, get thousands of emails each week. I know because I have spent decades as that very gatekeeper throwing out media releases, often from top tier agencies!

How do you make your media release stand out and persuade a journalist to turn it into a story?

5 ways to make your media release stand out:

Personalise it: Expect better than a mass group email dump to media in boxes. Good media managers have identified your target audience and strategically target specific reporters to send your media release to. This gets the best result.

Be brief: Journalists are time poor, you have seconds to grab their attention and too many highly paid PR agencies and media consultants bury the angle or “lead”. I know because the joke amongst journalists is that you often have to read the second last paragraph of a media release to find the real story.

Make it relevant: Prove to the journalist that this is the type of media release that will be of interest to them. Show how this will interest the journalist’s audience. Reference other similar stories they have covered and explain why this one is equally as important. Similarly, know what is making news and why your pitch is current.

Subject line: Get to the point!  Use your subject line like a headline to entice the reporter to open your email. Aim to use 5 to 10 words only.

Avoid caps: Never use all capital letters in a subject line – you might think you are grabbing someone’s attention when all you are doing is grabbing the attention of spam filters.

From our interns: Katreena's experience 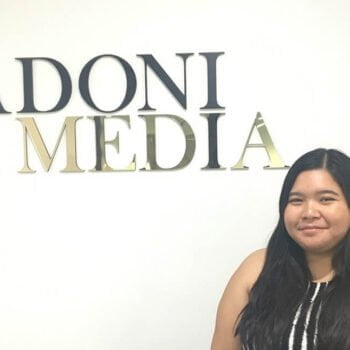