Do you need to re-evaluate your crisis management plan? A crisis refers to an unplanned or unforeseen event which can cause damage to an organisation’s reputation and public image or lead to conflict internally with employees and stakeholders.

Without a team resolving and repairing any reputational damage, the crisis can grow and eventually lead to a company’s closure.

Our Communications Director Clare Christensen said that’s why Crisis Management is so important for businesses.

“Regardless of their size, organisations need to have a Crisis Management Plan and dedicated staff who know how to respond when something goes wrong,” she said.

“How a company responds during a crisis can make or break them, and these days, thanks to social media, the public and the media demand instant action and communication. Crisis Management is about riding out the storm and addressing the issues in the way that best mitigates damage.

“Crisis Management doesn’t have to wait until a crisis occurs. It can include practising scenarios so the team is ready for when something goes wrong, allocation of key roles to different staff members (including who will be spokesperson), consideration of social media responses and drafting of key messages.”

There are a few Crisis Management models that can help business owners better understand how to manage a negative situation.

According to authors and media experts, Gonzalez-Herrero and Pratt, there are three stages of crisis management.

You might be thinking how does this apply to the real world? Well, in 2017 sport shoe company Adidas wrote an insensitive email to Boston Marathon participants. The subject line read “Congrats, you survived the Boston Marathon!”

There was immediate public backlash as just four years ago, multiple people lost their lives during the 2013 Boston Marathon bombings. Adidas was able to detect the crisis and immediately jumped into action with spokeswoman Maria Culp issuing a public apology the same day.

“We are incredibly sorry, there was no thought given to the insensitive email subject line we sent Tuesday. We deeply apologise for our mistake,” Ms Culp said. Adidas immediately wrote a public apology, which showed they reflected on their actions and that they made a mistake.

This move was the right decision, as it reduced the amount of negative media attention they could have received. Instead, they were only in the news for around three to five days. 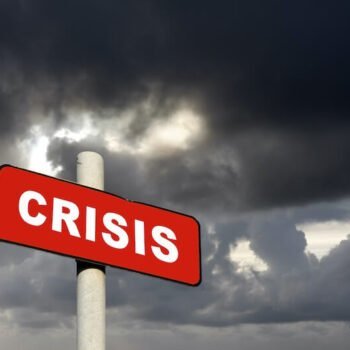 How to build a strong corporate communication strategy