Crisis management in any industry is inevitable. It’s how people deal with the crisis that determines how much of the client’s reputation is damaged.

Crisis management in the food industry:

There are many things that can go wrong in the food and hospitality industry. For instance, instances of food poisoning, which damage a restaurant’s reputation. There are also other issues which could damage an eatery’s good name.

In 2015, American fast food chain Chipotle suffered a massive profit drop as E coli outbreaks began spreading in their franchises across the United States. The outbreak caused an 82 per cent sales drop in just one year. Unfortunately, this wasn’t the end of the downfall. In 2016, 10,000 employees sued the fast food chain for unpaid compensation and an executive was arrested for cocaine possession.

Chipotle’s crisis management was often criticised, as the public thought the heads of the company provided “wishy washy” answers and thought the brand could’ve recovered by being more authentic. Crisis management in the hospitality industry should always be handled with consideration to the customer. Ignoring them or blaming others could negatively damage the restaurant’s reputation.

Crisis management in the hotel industry:

Hotels can have disasters or crises just like any other industry. From unhappy guests to world disasters, it’s important for hotels to have real-time responsive communication. Without proper management, hotel brands could damage their reputations and lose customers.

In 2013, the aftermath of the Boston Marathon bombing caused many hotels near the race finish line in Copley Square, to be heavily impacted. During this time, it was crucial for hotels to communicate through social media, especially with all mobile phone communications switched off.

Many hotels turned to their Facebook and Twitter accounts to assure families and friends that their loved ones were safe. The team at the Fairmont Copley Plaza was praised for responding to every tweet and comment that came their way.

What we can learn is that crisis management in the tourism industry requires having real-time response communication. All of these hotels also only communicated on issues that were relevant to the ongoing disaster and avoided any advertisements, which helped the public keep informed.

Crisis management in the airline industry:

Crises and disasters in the airline industry vary and can sometimes mean that an aircraft has crashed, a natural disaster is affecting flights or an incident has occurred onboard. However, sometimes airlines like any other company can simply damage their reputation by ignoring a crisis.

In 2011, Qantas was suffering from months of negative publicity and internal disputes, which ultimately resulted in the grounding of their Qantas fleet. In response to this, the Qantas PR team asked people for their luxury flying experiences, hoping to improve their public image. Thus the #QantasLuxury hashtag was born and people were encouraged to send their tweets in for a chance to win first-class cabin pyjamas.

People did not respond as well to this as Qantas had expected. One response said “#QantasLuxury was “giving yourself a pay rise whilst grounding your whole airline and taking local jobs offshore”. The PR team was said to be “out of touch with what the company was doing”. Instead of focusing on their grounded fleet disaster and reassuring customers, they chose to ignore the crisis and focus on a giveaway.

Other transport and shipping industries don’t always attract a large amount of media attention. However, crisis management for the shipping industry is still crucial, because it is still vulnerable to high profile incidents, which will surely attract the public’s interest.

Especially with the dawn of the social media era, any type of industry is susceptible to public backlash. According to a study by Freshfields Bruckhaus Deringer, 28 per cent of crises can spread within one hour. So, it’s important that each company has a crisis management team, who are adept with dealing with crises.

Crisis management in the oil, gas and power industry:

Environmental crises are a very real risk for those in the petroleum, power and gas industry. AGL Energy faced a crisis back in 2012, when the coal seam gas company had to put their Sydney northern expansion on hold. This was because the public found out that the expansion would’ve drilled 66 coal seam gas wells underneath thousands of homes.

Many people were outraged because the hydraulic fracking process would’ve required many different chemicals being used close to residential areas. This crisis threatened not only the expansion, but AGL Energy’s overall public image.

Disaster and crisis management in the petroleum, power, oil and gas industry should involve strategies requiring companies to be upfront with the public about any disasters or issues that occur, especially in a time when people are really concerned about the environment.

Crisis management in the fashion industry:

A fashion crisis occurs when a situation has the potential to negatively affect revenue, credibility or reputation for a brand.

After Donald Trump won the US presidency in 2016, a spokesperson from the sport shoe brand New Balance publicly announced that his appointment was a victorious move in the “right direction.” This angered many anti-Trump protesters who quickly began burning their New Balance shoes and throwing them away.

New Balance then issued a formal statement which expressed their support of all races, genders, sexual orientations and cultures and condemned hate speech. Unfortunately, the damage to New Balance’s reputation was already done.

Effective crisis management in the events industry as well as the fashion industry, requires timely responses to minimise the damage. In other words, the worst thing a brand could do is to ignore the issue at hand. It is important that every brand picks a spokesperson who will positively represent the brand and who has been media trained, so they understand how the media works and the importance of sticking to key messages.

Public Relations officers who perform crisis management for the pharmaceutical industry and medical industries are constantly on guard, as crises here can affect lives.

Crisis management in the banking industry:

In the banking industry, crises can abound: royal inquiries occur exposing the industry’s wrongdoing, even the most secure systems can sometimes fail, or banks themselves can go into receivership. When a crisis does occur, banks can have their reputations permanently damaged. This was the case for the Chase Bank Kenya, which collapsed in 2016.

Many of the bank’s customers posted tweets about problems they were having, however, the Chase Bank, Chase Bank Kenya and the Central Bank made no replies or responses to their customers. When the next day rolled around, the number of tweets increased to more than 2000, with people starting to withdraw money as they became increasingly worried.

Chase Bank Kenya only made two very similar responses to the public, which said “Kindly ignore the statements making rounds on social media, as per CBK guidelines, your money is safe with us”. These statements made the public feel like the bank did not provide any sort of response or assurance to its customers.

It was then discovered that the rumours were true, and the bank had been covering up their troubles. In the days that followed, there was no money left in the branches, as the bank lines swelled. The very next day, Chase Bank Kenya officially closed under a 12-month receivership.

The main problem that Chase Bank Kenya faced was that it was not open and honest with the public. Instead of responding quickly to any questions, they left their public imagining the worst. Great crisis management in the insurance industry and the banking industry requires that companies own up to their mistakes and don’t hide away from the problem.

From our interns: Nicola's experience 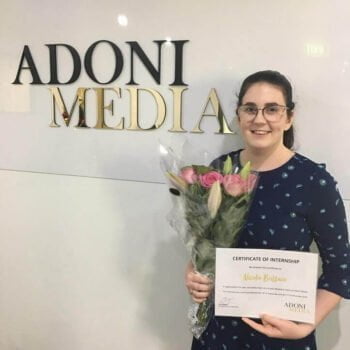 What is corporate communications? 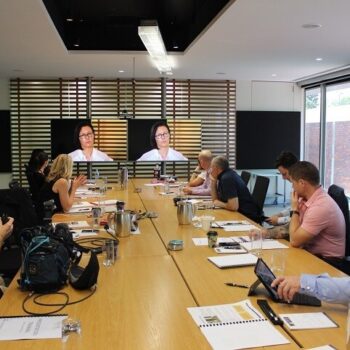