Celebrity public relations: What can we learn?

Gossip and scandal seem part of the celebrity lifestyle – that’s why celebrity public relations and crisis management is vital to mitigate damage to their reputation and personal brand.

Our Managing Director Leisa Goddard said while every crisis situation differs, it’s often important for celebrities to take ownership and confront the crisis head on.

Let’s have a look at some of PR’s biggest celebrity crises and what we can learn from them:

In 2015, Steve Harvey hosted the Miss Universe beauty pageant on live television. Unfortunately, Harvey accidentally announced the winner as Miss Colombia, Ariadna Gutierrez-Arévalo. After she accepted the crown, Harvey awkwardly announced he made a mistake and the actual winner was Miss Philippines, Pia Alonzo Wurtzbach.

This incident was labelled one of the most awkward ever to appear on television. Harvey instantly took responsibility and apologised on social media.

Also, Harvey’s PR team was able to remove many of the negative comments made about him online.

This incident is a perfect example of the celebrity accepting responsibility and taking action. It is clear that Harvey’s PR team had a strong crisis management plan in place which allowed for the situation to be handled in the correct way.

In 2016, tennis star Maria Sharapova’s career was threatened when she was found guilty of a doping violation. There was a media frenzy when the scandal first broke but after just a few days, the story disappeared from the news agenda.

This was because rather than refraining from comment, Sharapova faced the media, calling a press conference to deliver her key messages and present her side of the story. She admitted that she tested positive for doping and apologised.

“The ‘Sharapova Response’ is evidence of the power of calling the shots early and controlling the public conversation,” Leisa said.

“It’s important never to say ‘No comment’, as this might come across as an admission of guilt, a lack of empathy or signs of dishonesty.”

Arguably one of the biggest PR disasters of 2017 was Kendall Jenner’s infamous Pepsi commercial. In the ad, Jenner is seen stopping a ‘black lives matter’ protest and solving police brutality by handing an officer a can of Pepsi.

This sent the internet into a spiral, with many finding the commercial highly offensive. While Pepsi decided to pull the ad, their response was deemed unapologetic, with the company claiming their ad “reflects people from different walks of life coming together in a spirit of harmony.”

Jenner’s response was somewhat different, tearily telling viewers on her family’s reality television show, ‘Keeping up with the Kardashians’ that she felt like “her life was over.”

While this situation reflected poorly on Kendall Jenner, it was Pepsi that perhaps took a bigger hit. It’s failure to read public opinion resulted in them passing up an opportunity to apologise, one of the most important steps in crisis management.

“What we can learn from this case is that sometimes the best course of action is to accept responsibility for any wrongdoing,” Leisa said.

“When doing so, make sure you are honest, apologise to those involved or affected and discuss a solution to the situation.”

Communication in the digital age: How to handle a crisis 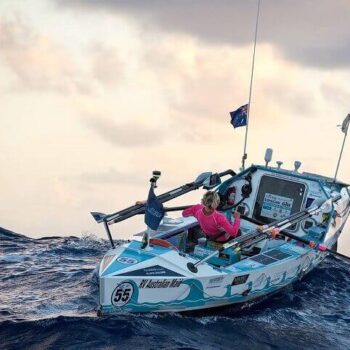