PR agency, Adoni Media, founded by Australian television journalist, Leisa Goddard has been named as one of the top communications and reputation management firms in the world.

Goddard and her team, who have offices in Brisbane and in Sydney, work with corporate leaders across healthcare, resources, finance, property, tech, charity and the arts including global giants Glencore and Disney.

Goddard, who has almost 30 years’ experience in journalism has worked for Nine, Seven and Ten, reporting for news and current affairs programs including Today Tonight and A Current Affair. She’s currently a media commentator for Sky News.

The international recognition comes after the agency won and was shortlisted for national awards last year.

“The ability to create campaigns that influence conversation and policy both in Australia and internationally is testimony to the vast media experience of the journalists and PR professionals who are part of our Adoni Media team,” Ms Goddard said.

She said she was honoured to have the agency recognised internationally.

“The key to effective PR is understanding how to connect with the audience and knowing how the media works,” she said.

“We have grown from a single operation a year and a half ago to a team of 15 which includes some of the country’s most experienced journalists.”

The full list of Clutch winners can be seen here.

FROM OUR INTERNS: DERIN'S EXPERIENCE 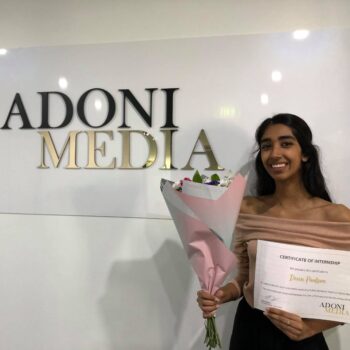 EFFECTIVE POLITICAL COMMUNICATIONS AMID A CRISIS 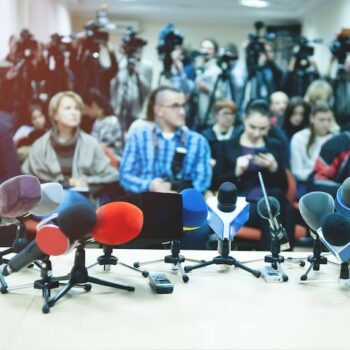