The founder of award-winning Adoni Media Public Relations and Media Training Agency, Leisa Goddard, has been named a finalist in the 2022 B&T Women in Media Awards in the Public Relations category.

The B&T Women in Media awards celebrate exceptional women achieving success and changing the future of media for the better. This year saw 370 entries across 26 categories.

Leisa said she was honoured to be selected as a finalist among an impressive list of talented and high-performing women.

Recognised for her long-standing career

“It is an honour to be recognised for my contribution over the past 30 years and importantly the B&T Women in Media awards promote women who have worked hard and are role models in the industry,” Leisa said.

A journalist, media advisor, businesswoman and mother, Leisa has been recognised for her leadership, innovation, and influence across media and public relations.

More than 20 years ago, Leisa was a trailblazer when she became commercial television’s first Video Journalist filming, reporting and producing news stories for Network Ten. In the decades that followed she has been a trusted foreign correspondent, investigative reporter and Logie-nominated war correspondent.

It’s Leisa’s extensive media experience, understanding of news, ability to frame conversations, and advice on complex issues that has seen her become a leader in public relations in Australia.

Adoni Media was founded in 2012 and has grown to be an award-winning, national PR agency with offices in Brisbane, Sydney and Perth.

In her role as Managing Director, Leisa has delivered campaigns that have created policy change, influenced public opinion and helped promote and protect brands and high-profile industry leaders.

Her commitment to advancing women has seen her build a strong female team, launch the careers of young women and mentor female executives across Australia to level up their skills and grow their profiles.

In the past 12 months, Adoni Media has delivered more than 148 individual public relations campaigns, actively managed more than a dozen emergency crisis situations, and media trained more than 200 executives from international, national and local companies, government and charities.

The B&T Women in Media Awards recognise exceptional women in the media and communications industry who are smashing away at the glass ceiling.

Through Adoni Media’s internship program and the Leisa Goddard Excellence in Media Scholarship, Leisa has now created an environment where the next generation can do the same.

Judges will decide who wins the PR category but you can support Leisa in the People’s Choice Award by voting here.

How to become a thought leader for your business 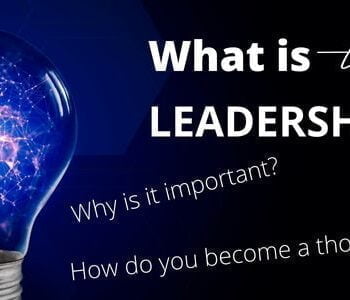