Adoni Media will be vying for a national award tonight at the Mumbrella CommsCon event, with its Your Health Your Choice campaign nominated for Best Government Relations Campaign.

As Adoni’s Managing Director, I’m incredibly proud of the campaign which has united almost 80,000 Australians who want to protect consumer right of choice for natural therapies.

It’s an honour that Your Health Your Choice has been given a nod, with Adoni’s work appearing in the same pool as global PR giants – and its led me to reflect on what makes a successful government relations campaign.

1. Understand your topic and your message

Do your research and get to the bottom of the issue. Identify the key messages you want to tell and make your messaging clear and concise. Importantly, make it relatable to a wider audience.

Why does it matter? (i.e. why should anyone care?

Before launching your campaign, consider what you and your stakeholders want out of the campaign. A good way to think about this is by considering how you’ll measure the campaign’s success, once it’s all over.

No matter what your goal is, prepare to be in it for the long haul. In government, things rarely move quickly so prepare and plan for your campaign to be a lengthy one.

Once you’ve defined your issue and your goal, it’s time to decide whether you should go it alone or join forces with others.

For simpler or smaller issues, it may be sufficient to execute the campaign on your own. If the issue is more complicated, more controversial, or far-reaching, your campaign may be more effective if you unite with other like-minded groups who will endorse your message.

Journalists can help to tell your story and get your campaign in front of an audience of thousands – so ensure you devise a communications strategy.

The options are endless for communications activity but can include:

Sophisticated government relations campaigns usually have a clever name too – something positive, catchy and concise.

Politicians and regulators should listen to their constituents. Voices (and votes) count, so the more people you can gather to support your position, the better.

A ‘grassroots approach’ works by engaging the group that will be most affected by a government’s decision. Get them to be your voice.

Also see if you can get more authoritative figures to represent your campaign. Their voice will carry more weight – and they’re also more likely to be interviewed by the media than your average Joe.

As you develop your campaign, be sure you and your stakeholders understand the legal boundaries. Your campaign will quickly end if there’s any suggestion the law has been broken.

Always keep up to date with the arena your campaign sits in. Keep across news – and if appropriate, regulatory actions, laws, hearings and other matters that could impact your campaign. As well as mainstream news, government-related or trade association publications and blogs might prove useful.

If you can jump on news events in a timely way and tie in your campaign’s message, you’re also far more likely to gain media coverage.

Without keeping what’s happening, it’s easy to make a wrong move that means you lose credibility. Without credibility, it’s likely your campaign will come undone.

Learning that risk is about courage 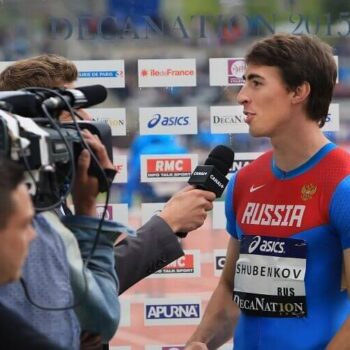