Adoni Media is proud to support young, up–and–coming Queensland journalists at this year’s Queensland Clarion Awards, which promotes excellence in media and recognises the achievements of journalists throughout Queensland.  This year, the awards are being held on Saturday September 7, and Adoni Media is proudly sponsoring the Regional and Community Broadcast Report category.    Adoni Media Founder Leisa Goddard began her journalism career as a 16-year-old […]
Read More 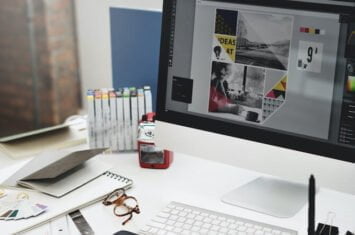 WHY LEARN GRAPHIC ILLUSTRATION AND DESIGN AS A COMMUNICATIONS PROFESSIONAL?

A skill that often remains a mystery to most PR and media professionals is graphic illustration and design. In the Communications industry, roles and skills are always overlapping. Journalists need to know how to operate a camera, advertisers are responsible for their own search engine optimisation (SEO) and PR agents double as stylists and media trainers.    It’s easy to confuse being proficient in graphic design with being a visual artist. The experts at Adoni […]
Read More
Page 2 of 212
Scroll
Login
Lost Your Password?